The Crazy Ones...and a Documentary

I'm going to start this thing off by saying that I still haven't found my much needed blogging 'voice', albeit having written a few entries here and there over the years. So, we meet awkwardly, again.

Speaking of being at a loss for words... I completely forgot to mention in the inaugural entry, the fact that I had been working on doing a documentary on young people and entrepreneurship in Jamaica for my final research project. I just wanted to highlight and celebrate those who have chosen to take 'that other road' I spoke about earlier. Those "crazy ones" (word to Steve Jobs) who give a big fat middle finger to the status quo and make something happen for themselves. 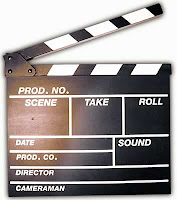 I decided to completely emerse myself into the world of entrepreneurism in an effort to gain as much knowledge as I can about it, while hoping that somehow some of that 'special stuff' that these courageous souls possess would rub off on me. Honestly, I am more interested in the latter than anything else *tee hee*.

This production of this documentary, that happens to be running concurrently with my entrepreneurial skills course, is a way for me to get a sneak peak into what it takes to do that stuff and to get the chance to get my Michael Moore on and pick at a couple of these brains.

There is so much more to the entrepreneur-oriented (a legitimate phrase in my world) mind than I ever expected there to be. What I thought before was just sheer luck and the right amount of money and influence turned out to be (in most cases) a wicked cocktail of qualities that one would have to take a sip in order to run a venture successfully, or even have the gall to try.

I'm gonna go ahead and end this with a short, yet piercing speech thing that Steve Jobs gave, in all his Steve Jobs goodness. 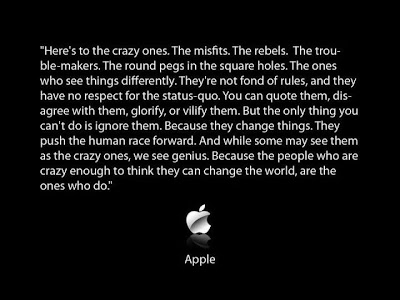